If you’re taking the MBLEx for the first, second, or even fifth time, you may be worried about a limit to the number of times you can take the exam. It’s possible that an instructor or colleague told you that you would need to go back to school if you failed it more than once, and there is already fear revolving around this exam that the extra pressure of a limited number of attempts can add to those anxious feelings.

So, I’m writing to you now to hopefully be able to put those fears to rest and help you get prepared for your next MBLEx attempt and get your massage career on the right track!

So, is there a limit to the number of times you can take the test?

Even though the MBLEx is administered on a daily basis throughout the country, all applicants are subject to the waiting period between attempts. If you fail the exam, you must wait at least 30 days before you can take the MBLEx again. This waiting period between attempts is consistent with other professional licensing exams, such as the NCLEx (nursing licensing exam). In the few states that still do not use the MBLEx, there is a limited number of test dates for massage license applicants. The New York State Massage Exam is only given two times a year and the Hawaii State Massage Exam is given four times a year.

So why did someone tell you that there was a limit for the MBLEx?

In my opinion, some of the confusion stems in the former massage licensing exam, the NCETMB or NCETM. Unfortunately, there are still instructors and colleagues that took the former exam and continue to pass on outdated information. At the time, the NCETMB exam did have a few limits on the number of attempts. After three failed attempts, a person had to return to school for 100 hours of additional training, and after five failed attempts, a person needed to repeat 500 hours of training.

The power of your State Massage Board

There are a few applicants who are, in fact, subject to a limited number of attempts. State massage boards do have the authority to set the number of attempts for applicants. If the applicant goes over that limit, the board does not have to issue a massage license in that state. One example of a state with such a rule is Washington. Their board rule states:

WAC 246-830-201 Examination.
(4) An applicant who does not pass an examination after three attempts must provide proof to the board of having successfully completed additional clinical training or coursework as determined by the board before being permitted three additional attempts to pass an exam.

So far, Washington is the only example of a state board that has this type of limitation.

So, this fact should put the majority of you at ease. I know that you want to pass the MBLEx on the attempt, regardless of the limitations imposed by your state board. Waiting 30 or more days and paying $265 each time you take the exam is not exactly an ideal scenario, but being a massage therapist and helping other people is. So with that in mind, let’s get down to business and begin to develop your action plan to pass the MBLEx and begin your massage career.

How to Avoid the #1 MBLEx Study Mistake 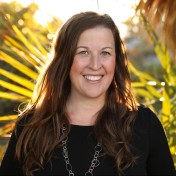 Thank you for reading this post! In addition to Massage Exam Academy, I provide massage continuing education at Advanced Massage Techniques. I also write specifically about barefoot massage at Ashiatsu.net, and write about more general massage topics at Massage & Bloggywork.